U.S.-funded journalist: Each day we kiss our kids goodbye 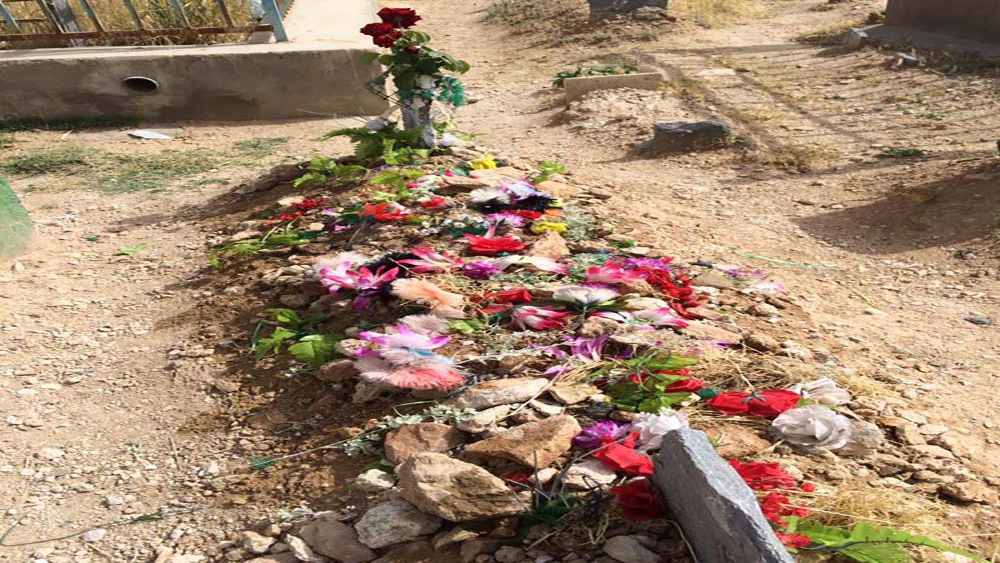 Hananzai was buried the day of the attack with the invitation of each of his relatives to the succeeding ceremonies. The first of the memorials included the reciting of the Koran, a custom in Afghanistan, according to Freshta. (Freshta Hananzai via Capital News Service)

COLLEGE PARK, Maryland – On the morning of April 30, 2018, journalists in Kabul heard a familiar thunder. They grabbed cameras and tote bags, rounded up colleagues and rushed out of their safe offices to find a familiar sight: the aftermath of a suicide bomb.

Reporters from the U.S.-funded Radio Free Europe/Radio Liberty were among those who arrived to see the carnage in the Shash Darak neighborhood, along with one man dressed in a typical Afghan vest and pants and carrying a press pass and camera.

Twenty minutes after the first explosion, the unknown man detonated a second, more powerful explosive vest bomb. The premeditated attack against the media killed 31 civilians, including 10 journalists, a record number for one attack.

Three of the dead, video journalist Sabawoon Kakar, intern Maharram Durrani and broadcaster Abadullah Hananzai were from RFE/RL, little known in the United States but respected in Afghanistan as one of the last houses of journalism left after 17 years of war and resurgent Taliban and Islamic State violence.

RFE/RL was created by the CIA during the Cold War to counter Soviet disinformation and propaganda but has operated for decades since as an independent outlet. It is protected from government influence by U.S. law. The CIA ceased its participation in 1971.

Shortly after the attack, the group posted on its website, Amaq.com, that it had killed a leader of the Afghan intelligence agency with the first suicide bomb, followed by an explanation on the second attack titled, “Two martyrdom seeking operation in Kabul resulted in the killing and injury of 120.” Afghan reporters were the targets, experts said.

The situation for journalists in Afghanistan has “been getting much, much worse,” said Pamela Constable, a Washington Post foreign correspondent who has reported from there since 1998. Prior to the U.S. invasion, journalists were seen as “invited guests and they were truly protected,” she said. “For the first few years after the fall of the Taliban, there was not much violence.”

Since the Islamic State entered the country, “the situation for journalists got more and more dangerous,” she said. “Right now, it’s the most dangerous…it’s ever been.”

The Islamic State doesn’t have specific targets, Constable said. It seeks to kill anyone whose death increases its stature and power. “The Taliban were attacking government facilities or the military,” RFE/RL’s Afghan Service Director Hashem Mohmand told Capital News Service. But the Islamic State tries “to kill as many people as possible…when they kill the journalists…they can get more attention.”

Amanda Bennett, director of Voice of America, said the Islamic State “want(s) people to see their story as much as they don’t want people to see the story journalists are telling on their own.”

Terrorist groups also view the media as one-sided and try to shame them for their actions. The attacks are meant as a form of revenge, experts said.

The danger faced by journalists from terrorist groups is part of a larger picture of Afghan-U.S. relations following the Sept. 11, 2001, terrorist attacks and the U.S. invasion. The ruling Taliban had given al-Qaida leader Osama bin Laden and his organization a safe haven to live and operate in Afghanistan.

After fighting between U.S. and Afghan forces led to the fall of the Taliban capital, Kandahar, at the end of 2001, the occupying U.S. military and civilian agencies built an entirely new communications infrastructure with local entrepreneurs and non-profit organizations. Some 32 independent radio stations were created, according to White House archives.

U.S. Agency for International Development supplied more than 30,000 radios and satellite equipment kits that expanded radio access beyond Kabul. It also provided training and education for a new cadre of local journalists that had not previously existed. Although constantly at risk from terrorist groups, the Afghanistan media has persisted and become the source of unbiased, independent news in a country that had not had that for decades.

The Kabul-based Radio Azadi was established in Soviet-occupied Afghanistan in 1985 by RFE/RL. In 1993, RFE/RL faced budgetary constraints and halted Radio Azadi programming. It was renewed only after the 2001 U.S. invasion. Since then, it has dominated Afghanistan’s media market, competing with a few other large media organizations such as TOLO News and Qatar’s Al Jazeera.

Radio Azadi, a multimedia platform, reaches 36 percent of the Afghan audience older than 15 via shortwave radio, satellite and AM/FM signals, SMS, and the Internet, according to RFE/RL. It provides 12 hours of coverage daily in Pashto and Dari languages and includes “New Thoughts,” “Female Leaders,” and NPR’s “Fresh Air” programs to attract younger audiences.

Radio Azadi’s videos range into underreported issues such as human rights and warlordism and have been viewed over 63 million times and nearly 30 million times on its Dari and Pashto Facebook fan pages in 2017, respectively. The Dari and Pashto websites, www.azadiradio.com, attracted over 22.4 million visits in the same year, RFE/RL says. In this photo provided by RFE/RL, Hananzai poses at the compound of RFE/RL’s Kabul bureau in Afghanistan. (Date unknown) Friends, family, and colleagues all describe Hananzai as smart and hardworking with a bright future ahead of him. (RFE/RL via CNS)

Before his death, Hananzai was a confident reporter delivering some of Radio Azadi’s most important and dangerous-to-gather news stories. He reported an anti-narcotics program called Caravan of Poison. According to the Brookings Institution, opium cultivation in Afghanistan peaked from 2016 to 2017, allowing the Taliban, which has a large stake in the opium trade, to profit enormously.

“He was not afraid of covering those stories. He told me that what matters is that we reveal the truth and provide people with the most accurate information,” said Qadir Habib, a senior editor at RFE/RL.

Hanazai’s wife, Freshta Hananzai, said she met her husband when he was a student. He worked for a private television station for two years before joining Radio Azadi.

At around 8 a.m. on April 30, 2018, Hananzai’s colleague Tameem Akhgar got a call about the first explosion. “I started calling colleagues around…to cover the incident, I called Sabawoon Kakar, my colleague in (the) multimedia section, to cover the story and he replied, ‘Don’t worry I am near to the area and I will cover it.’” Hananzai was with Kakar. “As I was following the updates about the incident later on, I saw a post about the second explosion,” Akhgar said. “I started (to) panic and left home (for the) office. On the way, I heard about Sabawoon Kakar, that he is wounded, but still no information on Abadullah Hananzai.”

Akhgar immediately detoured to the hospital where Kakar was being treated. Prayers for Hananzai flowed through his mind, he said.

At the hospital, “media workers from different media outlets were crying…but still I had a hope,” he recalled. “…I was thinking with myself, ‘thank God at least my colleagues from Radio Azadi are alive.”

Then he received the bad news. “I started yelling and I was crying so bad for him,” said Akhgar.

“Hearing these words, my soul left my body,” his wife recalled, after she heard Hananzai had been injured.

“My mother-in-law fainted, but I kept my composure. I left my house and walked to the main road and caught a taxi. Along with some members of my husband’s family, we…rode to the emergency hospital. As soon as we arrived, I went looking for my husband. After searching a little, a person told me that, ‘Abadullah was not injured, he was martyred.’”

“I was shocked and dumbfounded,” she said. “It felt like I had broken my back… It is very difficult and painful to describe that scene.”

In that moment, she said, she had “lost life itself.”

Since then, she said, she has been forced by her in-laws to marry Hananzai’s brother. Although it is against Pashto culture, Freshta Hananzai is looking for a job to support herself, her parents, and her new husband.

“My life is going on aimless,” she said.

“We are more and more careful in sending our people to such scenes…We have advised our journalists to be extremely careful,” he said. “It can happen again, and I hope not, but this is a very, very difficult situation.”

“We call ourselves soldiers with pen,” declared Akhgar. “We never deny going out but…when we leave our homes to (go to the) office, we do kiss our kids, say (our) last goodbye, leave our bank credit cards at home and share the code with our family members (so) that if we do not return…they could survive for a period of time.”

Akhgar added: “We are scared, our hearts do hesitate to go out, but we have no other option. This is the field we choose.”